Where has the time gone? Here we are — our last class. I hope you were able to have a relaxing Thanksgiving break and feel somewhat re-charged to finish up the term.

So, given that we are at the end of our course, where to now?

Well, I am hoping to interest you in an idea. In a sense, it would be the beginning of some future pursuits in understanding. I believe the end of a course should be the beginning of something new. Of course in thinking this way I am about to selfishly propose my own views and interests. And, I suppose in an adult learning class I should know better. On the other hand, we are part of a community and we do share a common interest in education. I have been studying embodiment and situated learning for over 20 years, so I can’t resist sharing some of this with you.

The ideas I would like to leave you with are ones that we intuitively know, but often find ourselves glossing over it in many of our schooling practices. Not by choice, but by design of the system. The idea is the primacy of movement. What does this mean? What we learn is for the sake of movement. We have bodies for the sake of movement. We have brains to move our bodies. I have been leading up to this idea in the last couple of lectures in the form of embodied cognition.

In week eight I shared with you a bit of the background that brought about an Objectivist view of learning. The Objectivist view relies on the mind mirroring reality independently of the body. This perspective has long been dismissed, but yet continues to show itself in our schooling practices. In week eight and and nine we had a chance to listen to George Lakoff talk about embodiment. He is an authority in the field and is able to explain embodiment in a very understandable way. Embodiment theory and embodied learning and cognition is, from what we now understand of the brain, an area that deserves a great deal of attention from educators–at least more than it has been getting. But those of you who know the history of schooling know that new practices are slow to be adopted.

Now that you have had a chance to listen to George Lakoff’s talks on embodied cognition, it might be evident why I was shying away from Knowles’s lengthy discussions of learning theories even though they represent the theories we typically discuss in education–those theories are based on Objectivist thinking. They are based on an ‘outside’ world being put into a ‘passive’ inside brain. Embodied cognition demonstrates the problems associated with Objectivist thinking. Interestingly, many people who have an understanding of both pedagogy and andragogy recognized the importance of embodied thinking and learning and thus respond by making the statement that we should incorporate more andragogical practices for younger students. We recognize that the very nature of the independent adult forces us into accepting and adopting ’embodied thinking and reason’ even if we don’t make the connection that adult learners demand a level of embodied practice whereby younger students have less control over the educational methodologies being used on them. Adults expect that their desires, their imaginations, their personal expectations, their personal realities be taken into consideration and respected when entering into a learning context. Thus adults expect a level of respect of their future ‘bodily’ movement.

Think back, if you will, to our very first class where we learned the principles of adult learning expressed by Knowles. Every principle is connected in some way to the body and the movement of the body.

Of course when teaching younger students we do bring with us a sense that we want them to be able to do something with what they learn, but the bodily movement often resides in the background of our experience rather than taking center stage. Students often respond to the loss of body when they say such things as “When will I ever use this?” or even “What does this mean?” When they search for meaning it is a meaning that speaks to some form of bodily action, not knowledge statements that seems oddly inert.

So, to wrap up our class (notice the bodily metaphor of ‘wrap’) I will leave you with a number of videos and book recommendations that you might find interesting or wish to explore as you engage in your graduate/academic/teaching/learning thinking.

Some of the talks will probably seem easy because of the familiarity of ideas (such as the David Eagleman short-talks on touch and Rolf Pfeifer’s TED talk on the body). The podcast on “touch from a distance” will also be familiar, and especially interesting for mothers who have a good deal of experience with motherese. This is also interesting for those of you who wonder why some teachers seem to put students at ease.

Wolpert’s talk — The real reason for brains — provides a bit more depth on the subject of body movement. The movements he talks about lean toward those larger movements I mentioned earlier.

Benjamin Bergen’s talk is one that is quite accessible. His book is much better, and very relevant for educators.

The last talk I will leave you with is one by György Buzsáki. This is probably the most difficult talk, but if you are willing to spend the time, and willing to read his book, I think you will find yourself re-situated not only in your educational thinking but also in how you perceive your future actions.

Finally, a few book recommendations for those of you who just can’t get enough of this 🙂

Metaphors We Live By, by Lakoff and Johnson.

The Body in the Mind, by Mark Johnson

Louder than Words, by Benjamin Bergman

The Brain from Inside Out, by Gyorgy Buzsáki

Finally, finally: As far as andragogy goes, we are entering into new territory with all of this. There are not a lot of resources on andragogy and embodied cognition. So if you are looking for a master’s project and andragogy is a particular area of interest, you are well situated, standing at the cusp of a great, yet to be explored, area.

I will leave it at that. Whether you choose to review a few of these resources or not (that is up to you), I do look forward to receiving your final summaries and projects.

Now with the fun.

The Neuroscience of Touch – Video 1

The Neuroscience of Touch – Video 2 – The Necessity of Touch

The Neuroscience of Touch – Video 3 – Embodied Cognition and Communicative Touch

The Neuroscience of Touch – Video 4 – Perceived ownership and Touch

The Neuroscience of Touch – Video 5 – The Effect of Incidental Touch 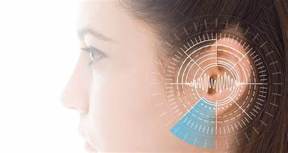 How the body shapes the way we think: Rolf Pfeifer at TEDxZurich

Have a great day 🙂