This week we spend some of our time learning about the experiences of those who have been bullied, and suicide risk as a result of bullying. Please respond to the following three documentaries.

Here is your response template.

Hear Me Now is a stylish and poignant documentary featuring compelling stories from dozens who have been affected by bullying in schools and continue to be affected, giving viewers a candid look inside the world of bullying and the inspiration to find hope amid the darkness. 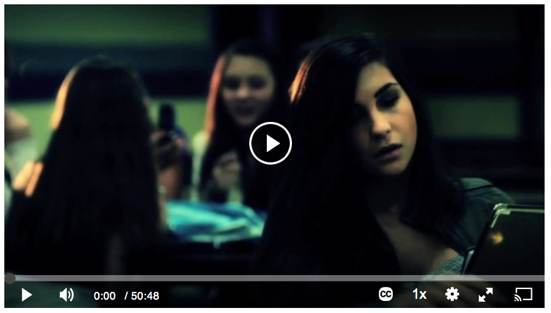 Bullying is not “just a rite of passage.” In actuality, says the National Crime Prevention Council, it’s a leading factor in suicide among kids 11 to 16 years of age. And although bullying is only one of a number of suicide-related risk factors impacting tweens and teens, the fact that the term “bullycide” has entered the lexicon is a telling sign of how closely linked bullying and suicide are perceived to be. Structured around two scenarios in which a boy and a girl commit suicide after repeatedly being bullied, this video offers valuable insights into bully and victim psychology, types of bullying, and anti-bullying behavior through penetrating commentary by Erica Perlow of the Chatham County North Carolina Bullying Prevention Task Force and psychologist April Harris-Britt. In addition, alternate scenarios are included that illustrate how bystanders to bullying can help neutralize some of the cumulative psychological effects of bullying that could—and too frequently do—push students to take their own lives. A Cambridge Educational/Endeavor Pictures Coproduction. (21 minutes) 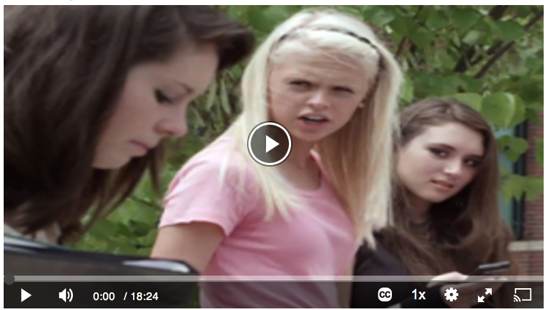 In this documentary, children and teachers were interviewed at The Grove Community School in Toronto during Gender Splendor week in April 2017. The film shows the children engaged in workshops designed for both non-binary-conforming and cisgender-identifying children. The workshops provide them with tools to ponder, question, and defy gender stereotypes prevalent in society, culture, and the media. Suggesting that this progressive approach should be adopted in all schools to increase awareness of violence against LGBT children and teens, the goal of the film is to sensitize viewers to the struggles this group of children experiences in the educational system. 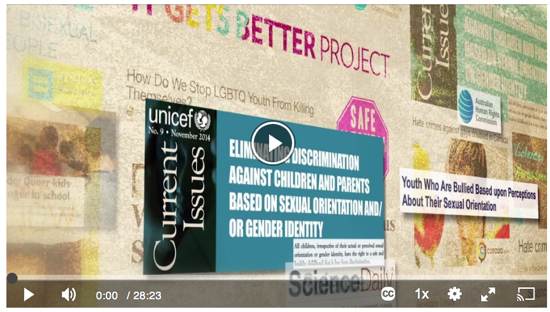